This November I was fortunate enough to speak to about 500 people about wars and remembrance in Oshawa. Each November, the Oshawa Museum launches a Remembrance-themed lecture series available free to community groups and schools.

Stories From the Homefront: Oshawa During the Second World War is based on a memory book project that was completed for the 65th Anniversary of D-Day. Local citizens that lived in Oshawa or had to stay home for some reason, tell us their stories about things like Camp X, knitting, rubber and other salvage drives, rationing etc. I have delivered this lecture many times over the years and am always amazed as new stories emerge. This year I met the niece of one of our participants. I was able to ask her a few personal questions to get a better understanding of her stories she contributed. A man also told me about the time a pilot clipped the old water tower and wires near OCVI, and that OCVI had big drums in the gym for fats and scrap salvaging. I joked about how bad the smell must have been and he confirmed my suspicions. Apparently, you could smell it throughout the entire school! 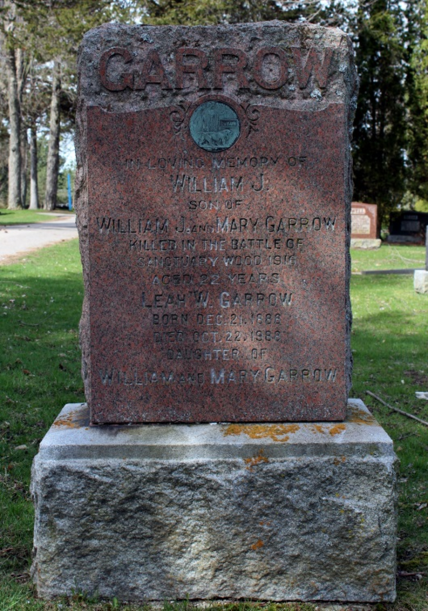 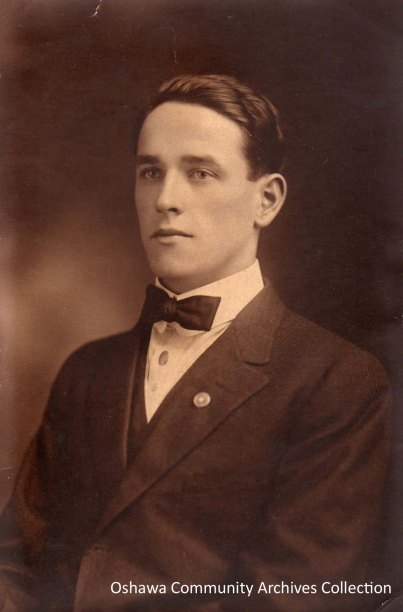 The Letters From the Trenches lecture was developed by Archivist, Jennifer Weymark and features four people who all entered the military for different reasons. Their one connecting thread is that they were all from Oshawa. Two men volunteered, but one was black, a nursing sister also volunteered. The last man faced conscription. Did you know that ‘zombies’ are what the conscripted men were known as? I learned this from one of our Homefront participants.  It is fascinating to hear how their stories intertwined and experiences contrasted.

Finally, Wars & Remembrance highlights institutions such as the Ontario Regiment and city landmarks that include the war memorial and band shell in Memorial Park. It also discusses the reason why some of the street names have a poppy beside them. Since 2003, it has been a policy of the City to name streets within new subdivisions for people who lived in Oshawa and died fighting for their country. These streets are usually north of Taunton Rd. E. and west of Harmony Rd. N. There are also a series of streets with names highlighting different aspects of the various wars. For example,

I have never been in a situation where I felt the call to enlist in the military. With the exception of grandparents, no one else has served. This last month has renewed my interest in wartime history. Researching family history, researching more of what happened in Oshawa during the Second World War, and even watching shows like Band of Brothers. I feel privileged that I am able to talk about these things with my kids and share with them things that their ancestors experienced. All four of their Great-Grandfathers fought in WWII – US Navy, Canadian Army and German Army.

After my last outreach lecture yesterday (November 29 at time of post), myself, the teacher and students had an engaging conversation – trading family histories, talking about WWI-themed video games as teaching tools and resources that they can use to continue explore this genre of history. I left feeling proud and looking back on the last month feel proud of the impact the Oshawa Museum has made on our community. It was always a goal of ours “to present the results of the project through different means of access.”

“This final objective is very important to us. Our project team was committed to ensuring the results of our project would be effectively used and a plan in place to ensure accessibility to the material. We had seen too many community projects designed with good intentions in mind only to have the finished project languish in boxes in an archives. That is where the second part of our goal comes in – to ensure there is a plan in place for the presentation and dissemination of the knowledge. We wanted to connect our research with the community, to find the commonalities that bind us together as a community.” 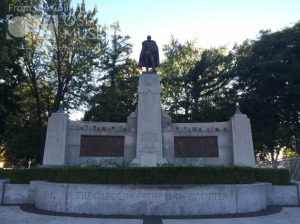 If you would like to find out more about William Garrow and some of the industries that existed in the 1940s, please check out the Oshawa Museum’s online exhibits at

For the past few weeks, I have been deep into research/writing mode, which admittedly isn’t out of the ordinary.  We were asked by a local Scout troop to lead a Union Cemetery tour, focusing on soldiers in honour of Remembrance Day.  We talk about the Veteran’s plots in general on many of our tours, but we did not have one looking at specific individuals.  Speaking with the leader, I became excited about the possibilities of this tour and about filling in a gap with our current program offerings.  So I turned to the archives and various online databases, and I began my research.

There are two Veteran’s Plots in Oshawa’s Union Cemetery: World War I and World War II.  Looking at the stones and learning more about these brave men and women was truly fascinating, that I could have written this post about any one of them.  There was Ernest Bush, who in WWII fought with the Princess Pats, married an English woman while stationed overseas, but succumbed to military Tuberculosis upon his return home.  There is also the mystery of Nursing Sister Hayes, for whom we need to do more research to learn more about this brave woman who enlisted and helped the wounded.  Of course, we have the story of Private William Garrow, who enlisted for WWI and was killed in action less than 10 months later.  He was 22 years old.

For some soldiers, there was little information available, but for the more prolific, like Albert Hind, we were able to learn quite a bit about him.

Albert Frederick Hind was born in England in 1877, and came to Canada in 1907.  He was a police chief constable for the Town of Oshawa at the time of the outbreak of World War I.  He earned the rank of Major with D Company of the 34th Regiment, and would serve overseas with the Canadian Expeditionary Force.  Upon returning from the war, he was promoted to Police Magistrate, a position he would hold until his death.

He passed away at age 53 in 1930.  His cause of death, heart inflammation, was attributed to his service during WWI; the maple leaf on his headstone is indicative of this.  His funeral was at his house on Simcoe Street in Oshawa, and he was buried in Union with full military honours.  The regiment paraded from the Armouries on Simcoe Street to the cemetery, and three traditional volleys of the gun were fired at the graveside.

Because of the position he held in the community, his death was reported in the local newspapers, and his colleagues remembered him fondly.  Magistrate Willis of Whitby said of Hind:

“He placed many an erring young man on the path of right.  His work has left the world the better for his acts of kindness in placing men on the right path.  He is a victim of the Great War, and just as much a hero as those who died on the field. He went to fight for freedom and liberty and returned broken in health.  Since his return he has not been the physical man be was before he went… Major Hind used his best judgement at all times, without prejudice of vindictiveness. He will be missed in Oshawa.”

Hind was only one of many men and women from Oshawa who fought for Canada.  We owe a debt of gratitude to those who came before us and those who still see action in combat.  On November 11, we will pause and remember.  Lest we forget.

We shall not sleep, though poppies grow
In Flanders fields.