Happy New Year! Throughout 2017, we shared over 50 new articles on the Oshawa Museum Blog, showcasing so many different stories from our city’s past. We’re planning our new and dynamic posts for 2018, but to start the year, let’s look back at our top 5 posts of 2017 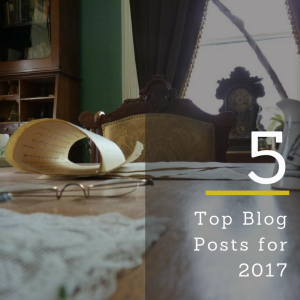 September was a busy month for programming at Union Cemetery. We have a fantastic partnership with the cemetery and we’re fortunate to use this space to remember citizens of the past. In advance of those engaging events, we shared the history of Union’s Mausoleum.

Did You Know: We are planning on delivering cemetery tours every Wednesday evening in July and August! Stay tuned to our Facebook Page for the dates and tour themes!

This was a milestone year for Canada – the 150th anniversary of the passing of the British North America Act, effectively creating the Dominion of Canada. To start the year, we shared our post Oshawa in 1867, looking at what our humble village looked like 150 years ago.

Memories of the Civic

In this post, our Visitor Experience Co-ordinator shared her memories of Oshawa’s Civic Auditorium, spending her childhood days growing up in the same neighbourhood. The Civic has a long history in our community, and this post stirred up memories for many readers.

Nostalgia seemed to be of great interest on the blog as another popular post was written by Visitor Host Karen about the history of FJ Donovan school.  Her post proved timely as the former high school was torn down in late 2017.

Where the Streets Get Their Names: Ontario Street

While this year was Canada’s sesquicentennial, it was also the 150th anniversary of Ontario’s province-hood.  To mark this anniversary, an early Street Name Story looked at Oshawa’s Ontario Street and the meaning behind the name.

Thank you all for reading!

This blog series comes from our dedicated and awesome Visitor Host staff, and topics range from favourite artifacts, thoughts on our latest exhibits, and anything else in between!

By Karen A., Visitor Host

The Olive B. French Manuscript was written by Olive French, a local Oshawa woman, in 1968. The Manuscript gives a detailed history of education in Oshawa from the early 1800s until present time (1967). But what of Oshawa’s education after 1967? What happened to Oshawa’s schools? After doing some research, I have been able to fill in the gaps completing the history of Oshawa’s schools to our present day (2017).

Dr. F. J. Donevan Collegiate, a high school which was built in 1957 in Oshawa was permanently closed in 2010 and was recently torn down. The last class graduated from Donevan Collegiate in 2010, and the rest of the students enrolled in the school were relocated to Eastdale Collegiate.

Donevan Collegiate, located on Harmony Rd. South and Olive Avenue, first opened its doors to students in 1958 with a maximum capacity to hold 840 students, grades nine to twelve. The school saw an expansion in 1962, creating a larger cafeteria, a larger library and more classrooms.

The school was named after Dr. Frederick James Donevan who was born on July 18th, 1880 in Gananoque, Ontario. The Donevan family settled in Canada in 1850, arriving from Ireland. Frederick was educated at the Gananoque High School, later graduating from Queen’s University in 1907, completing his Doctor of medicine and master of surgery. He became an intern at the Civic Hospital in Ottawa, and practiced as a doctor in Seeley’s Bay, Ontario and Smith Falls, Ontario. During World War I Frederick served overseas for four years in England and France with the Royal Canadian Army Medical Corps.

After World War I, Dr. Donevan moved to Oshawa with his wife, Lydia Evangeline Emsley, and daughter, Constance Marie.  In 1919 Donevan set up a large and eventually successful practice in Oshawa.

Dr. Donevan was very active in the development of Oshawa’s education and the facilities which were being built. A member of the Board of Education for twenty two years, Dr. Donevan was first elected in 1926. He was chairman of the Board in 1931 and 1932.

There was much debate over the closure of the school, as parents, students, teachers and Board Trustees had varying opinions. Factors in deciding the fate of the school was the decrease in population starting in 2009, when only 628 students were enrolled. That number was expected to drop by 600 in 2010, and 436 by 2016. In the end the school was closed after fifty-two years. In 2016 the site of the school was up for sale, as the Durham District School Board concluded the land was a surplus and decided to sell the nearly 13.5 acre site. At the moment I am not certain who has purchased the land or what purpose it will be used for.

For more information on Dr. F. J. Donevan collegiate check out these articles:

If you are interested in reading the Olive French Manuscript go to: https://olivefrench.wordpress.com/