OUR ATTITUDE ON LOCAL OPTION

We have been asked to define, if possible, the attitude of this paper in regard to Local Option in this town. We desire it to be distinctly understood that the Reformer stands for the principle of temperance. This has always been its attitude and we trust it shall never deviate from that course. On the 1st of January the town has been asked to vote on the enactment of Local Option By-law so far as it may concern this municipality. As to whether this new law will make for the betterment of conditions, or produce universal sobriety, there are two adverse opinions. In order that the public may be in a position to cast an intelligent vote on the question, they will necessarily be required to be put in possession of a great volume of facts, bearing the issue.

THIS IS TRULY A PATRIOTIC WOMAN

Mrs. Francis Hamilton of Bethany, whose son Harold Hamilton, is serving his country in France, has shown a truly patriotic spirit. Since her son enlisted she has been in receipt, through the Countries Branch if the Patriotic Fund of $159.59. However, Mrs. Hamilton has returned this amount and asks that no more be sent to her. She writes as follows:

“I have not needed to use this the money allowed to me by the Patriotic Fund. I can get along without it at present, so I am returning it so that it may be applied for the relief of those who are in greater need. I think that the grant might be cancelled in future as I will try and get along without it.”

The above speaks for itself. All we can say is that a finer, more unselfish, and more patriotic woman would be hard to find. 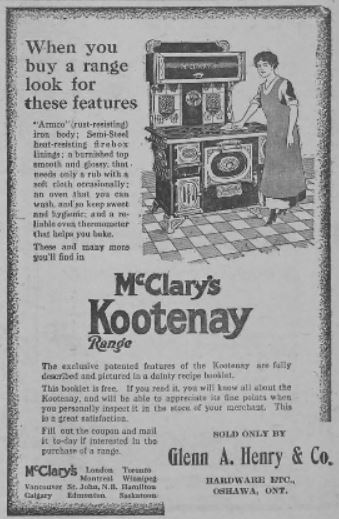 THE LOCAL OPTION VOTE
The By-law For Local Option Will Be Submitted to the Electors at the Municipal Elections on the 3rd Day of January, 1916.

This gives an opportunity for those in favor of the abolition of the open bar to vote against the Present License System.

The day has long past when any adequate defense can be made for the liquor traffic. It is the open sore in the body politic.

It hinders advancement in all departments of human life, economic, political and moral.

It is the friend of poverty, distress and inefficiency. The open bar is – and has been – the cause of nearly all the crime, and law violation in the land. Its produces are the drunkards, the criminals, the wastrels, and the debouched, which infest human society.

Every lover of the home; every friend of the young; every defender of innocence , will line up in this great issue and cast his vote to put away as great a curse from our town.

DO YOUR BIT NOW:

We can equip one soldier to fight the Kaiser on what we spend for Booze in Ontario every minute. (The Arena.) 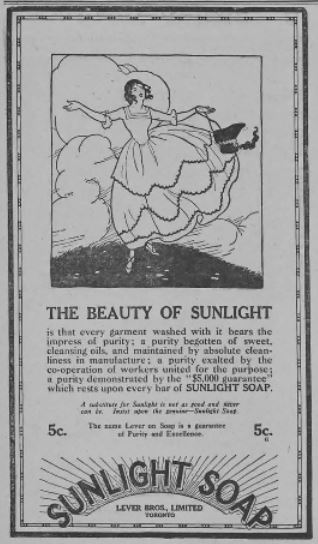 No better proof of Canada’s patriotism could be given than, that the people of the Dominion should voluntarily subscribe $100,000,000 to the Canadian war loan within a week, when only half that amount was asked for. It tends to demonstrate that the statement of Premier Borden, at the beginning of the war – that Canada would support the Empire in winning the struggle if it took the last dollar and the last man we had. Canadians have shown in every undertaking in connection with the war and virility of her citizenship and that our people will measure up to the traditions of the mother of liberty from which they sprang. There is no question but that Canada’s assistance and enthusiasm will not wane in the just cause for which the leading nations of the civilized world are at present contending, until the liberty and freedom of the world and the universal reign of decency and democracy is established.