Volunteers have been the driving force of the Oshawa Historical Society and the Oshawa Museum since their inception. The Oshawa and District Historical Society began when citizens of Oshawa became concerned about  preserving one of the historic homes in Lakeview Park.  They realized that in order to do this and to preserve Oshawa’s history that a museum was needed and a historical society should be organized.

The first Society meeting was on Thursday November 7, 1957, and was held in the auditorium of the McLaughlin Public Library — approximately 50 people attended this meeting.  The first president chosen for the Society was Verna Conant who held this position until 1962,  and the first vice-president was M. McIntyre Hood, both in a volunteer capacity.

Early volunteers of the ODHS “lobbied the City to save a 125-year old elm tree in the downtown area – and won!” 1 They also began work involving the restoration of Henry House after a grant for $500 was issued for operating expenses in March 1959.2 Other volunteers on the “Museum Committee set about collecting everything they could that had relevance to Oshawa’s heritage.”3

“In 1964, word got out that the vacant and dilapidated Robinson family home at Lakeview Park was slated for destruction. Again, (volunteer) Society members successfully rallied to save the house. The Robinson House Committee, chaired by Verna Conant, then began the challenging task of raising the $45 000 required for restoration.”4

Throughout the next twenty years longstanding members of the ODHS such as Verna Conant, Earl Hann, Thomas Bouckley and Eric Glenholmes took it upon themselves to celebrate anniversaries of the Houses and ODHS, participate in parades and home shows, organize programming for the Museums and ODHS meetings. In 1985, the ODHS finished restoring Guy House. Volunteers landscaped and helped paint.

At this point, hired staff ran the Museum. Volunteers, continued to focus on events and organization of the ODHS (becoming the Oshawa Historical Society in 1988).5 They also dedicated their time and assistance to interpreting the Houses, demonstrating heritage chores and fundraising.

“The United Nations proclaimed 2001 as the International Year of Volunteers. On April 18 of that year, the museum hosted its first “I Volunteer” Celebration recognizing contributions of the many volunteers who give their time as tour guides, educational program assistants, serving tea, helping out in the archives and filling the roles of Father Christmas or Elder Thomas Henry at special events, just to name a few.

All of the volunteers play a valuable part in the operation of the museum, archives and Historical Society as a whole.”6 After the first event, our Volunteer Recognition Celebration became an annual affair. “In April 2003, the Earl Hann Volunteer-of-the-Year Award was unveiled to recognize volunteers with a certificate and their name on a plaque in the boardroom of Guy House.”7 Since 1957, well over 200 volunteers have donated countless hours of their time to our organization, for which we are forever grateful. 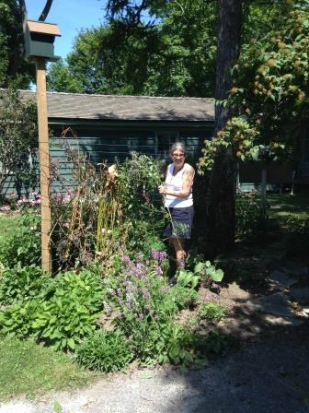 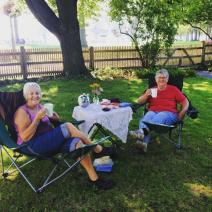 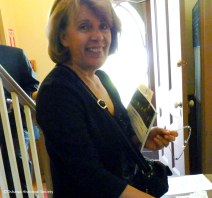 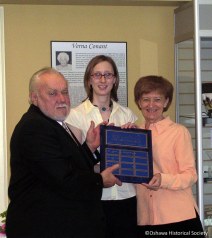 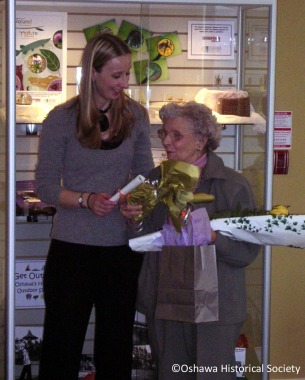 Earl Hann, after whom our Volunteer of the Year Award is named for. Earl was a charter member of the Oshawa Historical Society and an active participant in the museum and Society until he passed away in 2004.

Earl Hann Volunteer of the Year

National Volunteer Week is April 23-29. Thank you to everyone who has helped to make the Oshawa Museum the organization it is today.