Since 1957, the second Monday in October has been observed in Canada as Thanksgiving.  The history and lore of American Thanksgiving is well known, that it is a celebration of when the Pilgrims and Native Americans came together in the 1600s and shared a meal.  The origins and basis for Canadian Thanksgiving, in turn, isn’t as well known.  It is frequently tied to the story of Martin Frobisher who was one of many to search for the Northwest Passage.  He made three attempts, and on his third in 1578, there was a celebration on what is now known as Frobisher Island.  Another possible origin could be the harvest celebrations that occurred in New France in the 1600s.  The popularity of Thanksgiving increased in the late 1700s/early 1800s upon the arrival of United Empire Loyalists.  While ‘Thanksgiving’ was being celebrated, it was informal, being recognised by those celebrating and not as a publicly recognised holiday.

The first time Thanksgiving was formally recognized as a civic holiday after Confederation was on  April 5, 1872.  Prince Edward, later King Edward VII, recovered from a serious illness, and Thanksgiving was marked to celebrate this.

In Canada, Thanksgiving Day has been observed every year since 1879.  Initially, Thanksgiving was held on a Thursday in November, but in 1957, it was officially declared to be the second Monday in October.

The following are a selection of postcards from the Oshawa Community Archives’ collection.  From the staff and volunteers at the Oshawa Museum, we wish you a very Happy Thanksgiving! 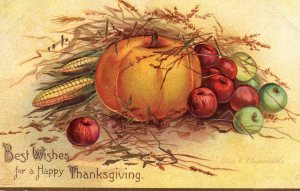 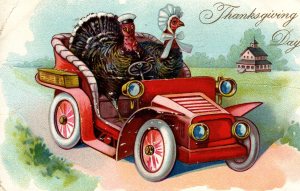 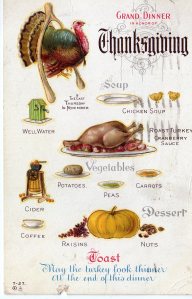